Attending the annual conference Museums and the Web in Baltimore this April was as always a great occasion to find out what’s going on in the area of museums and digital, to connect with colleagues from around the world and to visit museums.

On April 1 I attended a pre-conference tour to five of Baltimore’s museums. The theme of the day was Digital Invasion. The tour was set up by Invasioni Digitali, an Italian museum project that sees itself as a grass root movement disrupting museums:

‘Invasioni Digitali’ (Digital Invasions) are mobs of people who support museums and cultural heritage by ’invading’ them and then documenting the experience on blogs and social media. Each ‘invasion’ is meant to create new forms of conversation about arts and culture, and to transform the cultural heritage into something that is ’open, welcoming and innovative.’ The Digital Invasion’ project is all about co-creating and nurture cultural value through proactive participation of visitors into the  museums’  communication life-cycle…

…Social and digital communication are key to the ’invasions’: ’invaders’ are bloggers, archeology amateurs, photographers, Instagrammers, historians, communication experts, but also people with the most varied backgrounds…

…Invasioni Digitali aims now to become a sort of ’territorial lab’ for new social and digital communication products and models, and a tool to enhance both visitor’s experience and the museum/cultural site performance.

As is stated on the project website the ambitions for these digital invasions are quite high. The purpose is to in a grass root style ”invade” museums with smart phones and tablets, take pictures and communicate the experiences. It is about activating the participants, encouraging them to tell stories and to create digital awareness. It is also a way of shifting authority to the invading flash mob, and at the same time including a large online audience that might not have ever visited or even known about the museum. I believe the Manifesto of the Digital Invasion-project is very much challenging current museum practices.

The day started with an introduction to the Digital Invasion-project and then we set off on a day-long trip around five of the Baltimore museums. The entire tour was documented in a Storify.

Our first stop, across the street from the conference hotel, was the ship USS Constellation in the Baltimore Harbor. With a professional guide we had an excellent tour getting the full picture of the ship in an hour. Climbing up and down stairs, crouching down avoiding hitting the head in the low ceiling, getting the feeling of the far from comfortable life on board.

The beautiful ship with its intriguing stories encouraged all of us to take pictures. The museum however did not have a WiFi which made it difficult (read: expensive) for overseas visitors to share the experience online while onsite, which was the purpose of the tour.

The second museum was The National Great Blacks in Wax Museum, a wax museum committed solely to the study and preservation of African American history. The museum has around 300 000 visitors per year.

The museum was established in 1983 with several objectives in mind, stated on the museum website:

The museum has wax figures in historical settings portraying the history of African Americans in the US, from the slavery to current individual success stories, though not avoiding more serious issues of today like drug problems within the African American community.

This museum, filled with important and engaging stories, was completely lacking any digital interfaces in gallery. Neither was WiFi provided.

The Walters Art Museum – behind the scenes

The third museum was The Walters Art Museum, where we instead of getting a tour of the museum were invited for a behind the scenes session. The Walters Art Museum is internationally renowned for its collections that presents an overview of world art from pre-dynastic Egypt to 20th-century Europe. There we learned about the museum’s work with hackathons and API:s as well as their work with mobile guides. This was the only museum with free admission as well as a wifi.

The Baltimore Museum of Industry

The fourth museum was The Baltimore Museum of Industry, my personal favorite. The museum consists of environments from historical industries and crafts companies in Baltimore. Our tour guide for the visit was, as at all the previous museums, a wonderful storyteller very efficiently bringing the settings alive. The museum did not have WiFi.

The last stop for the day was at the American Visionary Art Museum, that had WiFi at the entrance, but very disappointingly did not allow photography, ”only outside”. Which quickly brought an end to the Digital Invasion tour. Though there was an opportunity to tweet about the experience, only one tweet made it out from the museum’s exhibitions.

This was the very last museum on the tour and many of the participants were by then somewhat exhausted and jetlagged. Still it is relevant to ask if taking pictures is more important than ”just” telling about the experience (I would definitely say yes).

The tour did set off with the best of intentions that I very much agree with and believe in. This raised expectations, on my part, that we might achieve something, or create something in line with the ambitious manifesto of Invasioni Digitali, at least make a tangible imprint on the museums that we visited.

However the greatest takeaway this day was simply meeting five very different museums in very different situations, with different models of funding and also different ambitions. All with varying digital awareness, most of them probably quite low (which is of course not at all unique but a reality in most museums).

Digital awareness is about something totally different than a museum website, a Facebook page, or a collections database online. The Walters Art Museum’s work with hackathons and the museum API, and experimenting with pilot projects, is a role model. Though how well digital is implemented into the organization is something we didn’t learn about.

Digital awareness is one of the main visions with the Digital Invasion project, and one can certainly ask how much of an impact we made during the day with our mobile phones and tablets on the three museums that had no digital in gallery and no wifi. Perhaps at least we reminded the tour guide that visitors nowadays often come with their own devices expecting new and more inclusive experiences.

The main tangible result of the pre-conference tour is the Storify, created by the Digital Invasion co-founder Marianna Marcucci. It shows the possibilities of showcasing a museum to an audience that might not otherwise be visiting. Or showcasing an exhibition, together with museum staff. At the same time it’s been displayed circa 130 times, which makes me wonder if it has primarily been read by museum folks, particpants of the MW2014 and the community around the Digital Invasion project.

The ideas of the Digital Invasion project are challenging in a very good way for museums, it could be an engine speeding up and preparing for, in a more controlled way, a process that will eventually take place. But it is relevant to ask about the value and true impact of such initiatives, as always with digital efforts.

To me the primary benefit so far would be raising digital awareness within the organization among management, curators and other museum staff. It could also certainly be beneficial when working with outreach, but to what extent we will have to find out. If included in a communications or outreach strategy, well prepared and evaluated, I think it can be a powerful tool.

The value of digital

For me the Digital Invasion-tour at MW2014 also raised another question. The very current issue of defining the general social and cultural value of digital heritage, or digital tools as filters or amplifiers when encountering or consuming heritage. In what ways could for example The National Great Blacks in Wax Museum and their audiences benefit from using digital tools to fulfill their mission, as is stated on their website? Or the Baltimore Museum of Industry?

The questions raised on the value of digital efforts, such as digital invasions, is something I have brought back from MW2014, as well as the actual experience of participating. Together with new ideas about engaging staff though digital invasions, organizing participatory events for visitors and building strategies around these experiences are all valuable takeaways from this year’s Museums and the Web conference in Baltimore. 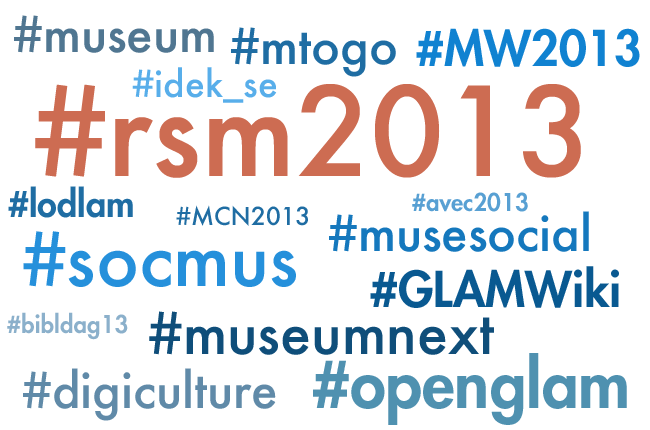 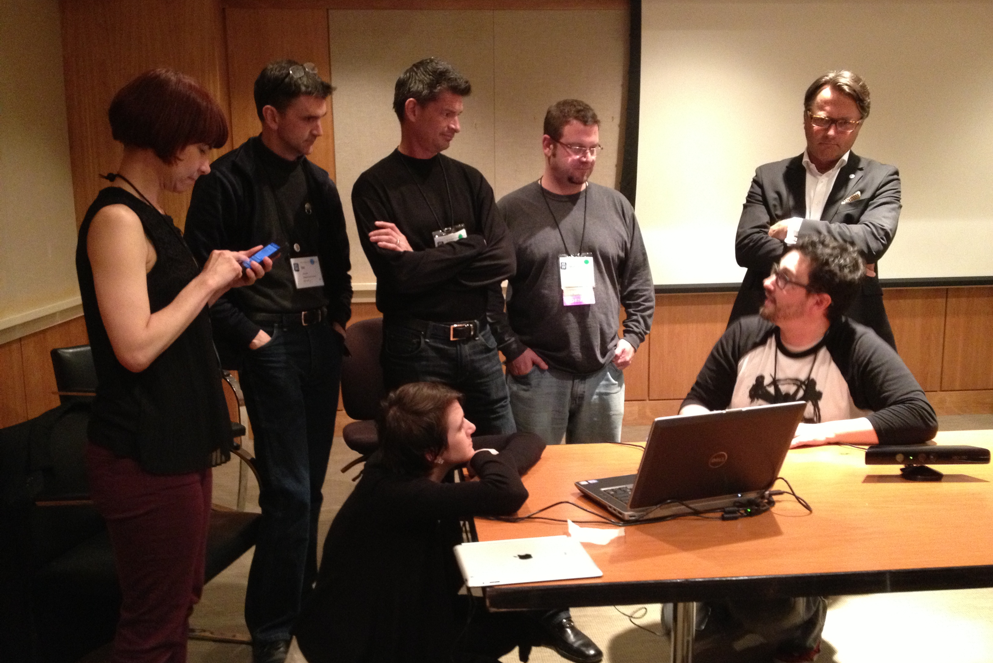 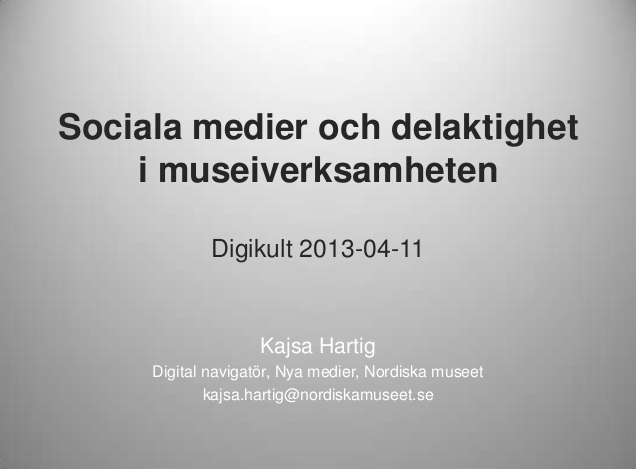 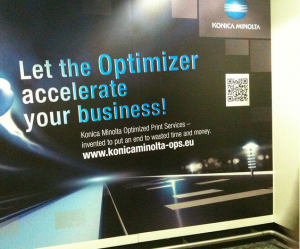